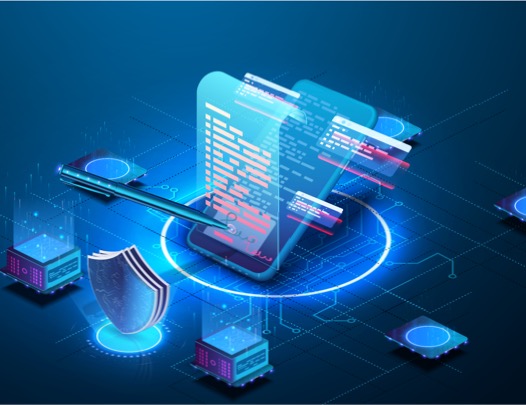 Events of the past two years, including COVID-19 and the current conflict in Ukraine, have highlighted the importance of energy commodities and their significant role in global geopolitics. The events in Ukraine have highlighted the dependence of European states on natural gas and the pressure on these European states to find alternative sources. New Liquefied Natural Gas (LNG) supply contracts need to be established as a priority but the lack of contract standardisation in the market may hinder this process. Unlike the Master Agreements provided by ISDA, ISLA and ICMA for derivatives, securities and repo transactions respectively, there is no market standard contract for commodities such as LNG. With current conflict and global sanctions now demanding new LNG agreements replace existing agreements urgently, this lack of standardisation means every single contract has to be painstakingly reviewed.

These contracts are long – as many as 100 pages – and with each one using a different sanctions clause, a different Force Majeure clause, as well as different shipping and delivery terms, the review process can be complex and slow, particularly as more regulations and trade restrictions – e.g. the US Department of Energy demands for traceability and EU trade reporting requirements – impact LNG trading.

Moreover, the LNG market relies heavily on bills of lading to evidence ownership of the goods. With Europe now needing to ship LNG from new markets in the Middle East and US, this has highlighted just how antiquated current paper processes are, reinforcing the need for new, digitised ways of working.

The impact of sanctions imposed on Russia as a result of the conflict in Ukraine has led to an urgent need to immediately establish new Liquefied Natural Gas (LNG) markets, which requires new LNG Master Sale and Purchase Agreements (MSPA). These MSPAs are lengthy and complex contracts running to 50, even 100 pages and with sanctions, trade reporting, trade restrictions and other regulatory issues to be considered. While there is some limited standardisation with most parties using the International Chamber of Commerce’s Incoterms to set out delivery terms, all other terms in MSPAs may differ, resulting in a  contract negotiation process that is arduous and time consuming.

Standardised contracts not only enhance the efficiency of contract negotiation, but have the added benefit of providing clarity on terms, which is particularly important in tumultuous markets. The contrast of the LNG market to other, regulated markets using standardised templates (such as ISDA’s Master Agreement) during the COVID crisis is stark. When COVID-19 first hit the markets two years ago, derivatives traders using the ISDA Master Agreement were confident that every trade would be covered by the same, standardised, pre-printed Force Majeure clause unless the contract was flagged with a deliberate modification. In contrast, LNG traders had to read every single contract to understand how the specific Force Majeure clause applied to each trade and whether they were covered. While the International Chamber of Commerce has published a model Force Majeure clause, this has not been universally adopted by the commodities market.

Furthermore, with the increased importance of sanctions in global trade – as evidenced by the conflict in Ukraine – standardised sanctions clauses would reduce regulatory risks, particularly if a counterparty which has been trading for many years without difficulties suddenly becomes sanctioned. These complex clauses need careful review by leading lawyers particularly since countries subjected to sanctions – such as the People’s Republic of China and Russia – have their own Anti-Foreign Sanctions laws. Consequently, attempts to enforce rights under a sanctions clause in accordance with sanctions regulations may give rise to additional regulatory risk under Anti-Foreign Sanctions laws.

Potential new sources of LNG will need to be transported via LNG carrier tank ships and other LNG carriers. Bills of lading are key elements of the delivery and settlement of the seaborne transport of LNG, with buyers, sellers, shippers and trade finance banks all relying on them. Yet again, current events have highlighted the complexity and inefficiency within the practices and laws applicable to bills of lading, which date back to the 18th century. While this old system has stood the test of time, it requires back office and operations teams to ensure that these essential paper bills of lading get to the right people at the right time. This has brought new challenges with COVID forcing offices to shut and staff to work from home, making it much harder for staff to receive and handle these pieces of paper, particularly in such times of international crisis.

There is no doubt that the combined crises of COVID-19 and European conflict have raised awareness of the risks and inefficiencies created by a lack of standardisation of contracts and existing paper-based bills of lading. While the LNG markets have adopted MSPAs globally, the use of individual terms and templates highlights the time required to establish new LNG trading relationships, at a time when Europe is urgently seeking new markets. Establishing  the MSPA is essential, since most counterparties will not invite bids or tenders for LNG until the MSPA has been established. Further, once the MSPA is in place, parties can easily document the terms of an actual trade, requiring just a confirmation or note once the tender or bid has been accepted.

However, with many countries currently looking for new sources of LNG and negotiating new contracts with suppliers in the US, Qatar and the Middle East, time is paramount. All LNG from these markets has, by default, to be transported by ship, a far more costly route than pipeline, enhancing the importance of bills of lading. Using blockchain technology to digitise bills of lading may be a solution. Secure distributed ledgers may be ideal when a bill of lading for a cargo of LNG needs to pass to the trade finance bank issuing the letter of credit to the end buyer. Since a cargo of LNG may be sold multiple times during the course of the voyage from producer to end user, this will also be useful to subsequent buyers further down the chain of ownership.

Furthermore, unlike other commodities, LNG has an array of operational challenges that need to be considered: LNG can only be transported in dedicated ships and unloaded in a small number of ports with the correct facilities, all of which would need to be addressed in the LNG MSPA. All of these factors, including the requirement to perform trade reporting to REMIT under the EU Regulation on Wholesale Energy Market Integrity and Transparency, add to the complexity of the issues which need to be considered when negotiating a LNG MSPA.

In addition, counterparties need to be far more aware of Force Majeure and sanctions clauses, especially for any trade with a US link, including investment finance. Lawyers must also consider trade restrictions that have been imposed – such as the additional requirements for LNG traceability from the US Department of Energy, designed to prohibit the sale of US sourced LNG to certain parties.

Given the increasing complexity and importance of LNG MSPAs, there is growing pressure to embrace standards. With standardised operational terms, including terms of delivery, the vast majority of the work could be based on a standardised template, leaving negotiations to just a few specifics. This would significantly reduce the time taken to undertake negotiations and ensure consistency in sanctions, trade reporting, US Department of Energy Trade Restrictions and Force Majeure provision – all key requirements for those countries looking to de-risk energy supplies.

However, without a trade association or other non-governmental organisation, such as ISDA/ISLA/ICMA or the Loan Market Association, driving documentation standards to drive change, the market must look elsewhere. Since the LNG market already uses the International Chamber of Commerce’s Incoterms, which provide internationally accepted definitions and rules of interpretation for the most common delivery terms, there is a starting point which can used as a foundation to build a market standard LNG MSPA.

In addition to providing a strong foundation for standardisation, the International Chamber of Commerce is also exploring the role of blockchain in international trade and there is no doubt that the secure, sharable distributed ledger is an ideal alternative to the current reliance on paper Bills of Lading. Adopting this digital approach would provide the traceability required to support trade restrictions, such as those imposed by the US, as well as ensuring visibility of trade to all stakeholders, including banks providing credit and insurance providers. It is critical, however, that any blockchain solution is affordable, usable and cost effective – it cannot be a barrier to entry for producers within emerging markets.

The Ukraine crisis has focused the attention of European governments on establishing new LNG markets which in turn has highlighted the risks and inefficiencies associated with unstandardised trade. With the drive to create new energy contracts as soon as possible, now is the time for governments to provide investment in this process, to pull together a pool of talented commodity lawyers to quickly create the standardised MSPAs upon which all new contracts can be based.

For European countries, this also provides a chance to ensure EU specific requirements are embedded within the standard global model, such as the need to provide REMIT trade reporting for LNG trades to ACER (EU Agency for the Cooperation of Energy Regulators).  Plus, if LNG is sourced from the US, the standard MSPA template must also deal with sanctions and US Department of Energy trade restrictions.

The risks associated with a lack of standardisation and digitisation are, however, not limited to LNG alone. Every part of the commodity market would and should benefit from a standard approach to contract terms – which in turn would lay the foundation for a digitised future – and the addition of technologies such as blockchain to improve control and visibility.